Can life really turn on a dime—
a missed bus—
or a stuck pastry shop door?


Chloe Dillard’s life has always been complicated. She has a mother who is a neurotic romance novelist and a boyfriend who’s been pressuring her to go all the way. After The Worst Night of Her Life Chloe escapes on a trip to the swoon-worthy city of Paris where she becomes stranded after an accident with high heels and a pastry box.

Saved by a French boy with chocolate-brown eyes, Chloe begins to wonder if being lost in Paris is the chance of a lifetime. But as attracted as she is to the gorgeous and oh-so-kind La Patisserie shop boy—even he has a girlfriend.

The police are tracking her down, Mom’s having a nervous breakdown when she goes missing, and Chloe just wants to have her dream of a happily-ever-after.

What’s a girl to do in the most romantic city in the world?

Who wouldn't want to find a gorgeous guy while on a trip to Paris?

I loved this book. In fact, I downloaded it in the early evening and couldn't go to sleep until I'd finished. Because of the wonderful descriptions (not too long but just the right words to paint a picture) I was moving through the streets of Paris, swooning over boys with chocolate-colored eyes, jumping out of taxis, climbing the Eiffel Tower at midnight, and smelling the deliciousness of chocolate melting in a double-boiler.

I've read other books by this author published under the name Kimberley Griffiths Little, but none of her ability to weave together a fantastic story is lost because of the nom de plume on the cover. Inside, it's all Kimberly's magic and her true-to-life characters.

One of the things I loved the most is that Kimberley isn't afraid to make her characters' lives messy. No one has a perfect life and no one can avoid heartache altogether; not if they want to find love. Kimberley sprinkles the heartache of lost love throughout the book so that it's not overwhelming but still makes an impact. Despite the turbulence, the book is upbeat and sure to take you away for a magical evening in Paris as you read.
Posted by Kimberley Griffiths Little at 1:56 PM 3 comments: 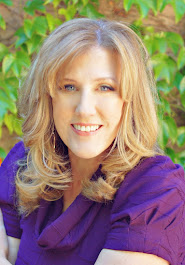 Kimberley Montpetit once spent all her souvenir money at the La Patisserie shops when she was in Paris—on the arm of her adorable husband. The author grew up in San Francisco, adores anything chocolate and caramel, and now resides in a small town along the Rio Grande with her robotics engineer husband and three sons.